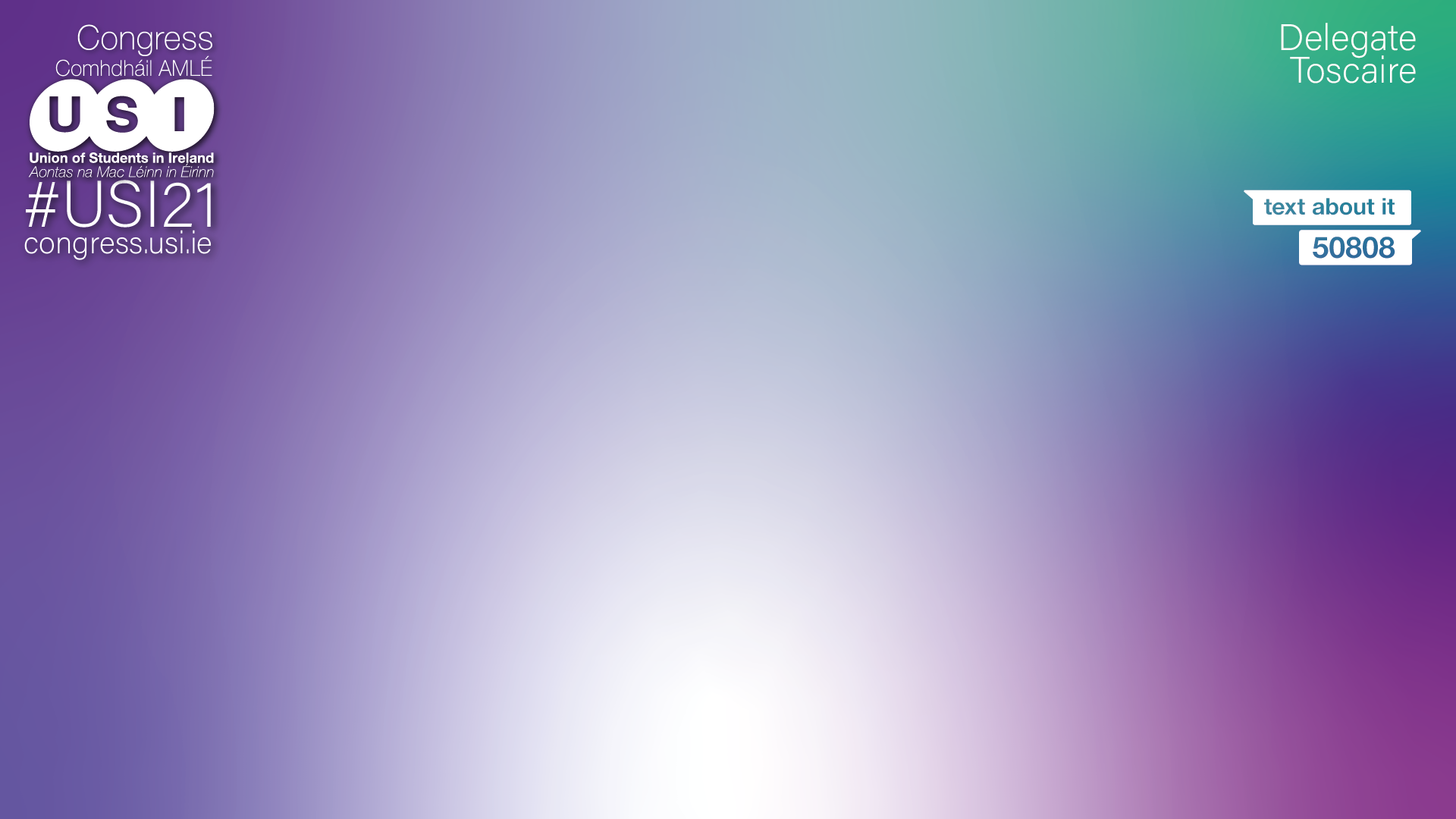 Zoom Video Background for Delegates.
Click the image for full-size, then save and apply in Zoom.

Use the above form if something appears to have stopped working, or if your log-in details for the Zoom meeting aren’t working.  Don’t use this for non-emergency contact.

The Accounts are available to view here.

The President provides a report on their activities and the overall work of the Union at each Congress.

Members of the Executive Team provide reports on their activities to each USI Congress.

Questions to Officers on their Officer Reports have now closed.

USI Congress 2021 is being held online for a second year.  The documents below outline the procedures amended to allow for the Congress to be carried out in line with the principles of the USI Constitution, whilst recognising the special nature of the online event.

Recognising the special circumstances of the Coronavirus Pandemic and the legislation in place to prevent gatherings in 2021, the National Council adopts the following Emergency Standing Orders for Congress 2021.

The business of the Congress shall be conducted in accordance with the following Emergency Standing Orders:

There will be two rounds of speeches in favour and two against, from pre-nominated speakers in each case.

Voting on motions shall be by electronic recorded vote through the ZOOM software.

9a. A motion that the question be put without further debate;

9b. A motion that the question not be put and that further debate not take place;

9c. A motion that the question be taken in parts specified by the proposer, with each part to be decided upon by the Congress;

9d. A motion to refer (or refer back) the matter to a specified later time or meeting or Officer or Committee or National Council;

9e. A challenge to the Chairperson’s ruling;

9f. A motion of no confidence in the Chairperson;

(Note that this timetable may be subject to change up until adopted formally by the USI Congress in Plenary Session.)